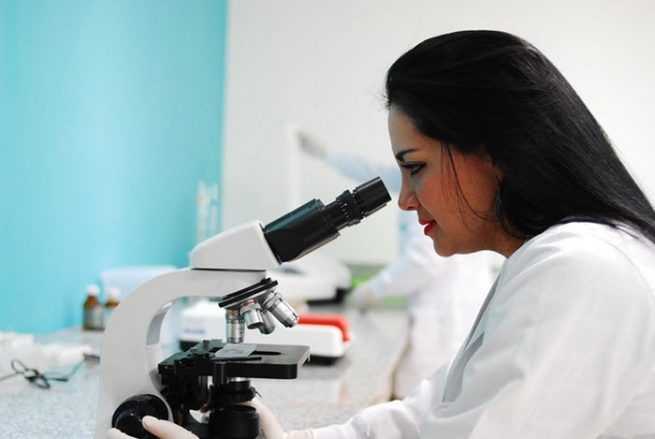 For the first time ever, scientists have successfully grown human eggs in a laboratory, from the earliest stages in ovarian tissue and all the way to complete maturity. This success could improve fertility treatments in the future.

In the study, development of human oocytes from primordial/unilaminar stages to resumption of meiosis (Metaphase II) and emission of a polar body was achieved within a serum free multi-step culture system.

In previous studies scientists have been able to develop mouse eggs in a laboratory to the stage where they produced live offspring, and there are also studies where human eggs have been matured in the lab from a fairly late stage of development. What makes this new study so exciting is that human eggs have now been developed outside the human body all the way from their earliest stage to full maturity.

“Being able to fully develop human eggs in the lab could widen the scope of available fertility treatments. We are now working on optimizing the conditions that support egg development in this way and studying how healthy they are,” says Evelyn Telfer, who co-led the work.

The study was a collaboration between the Royal Infirmary Edinburgh, The Center for Human Reproduction in New York and the Royal Hospital for Sick Children in Edinburgh.

The ovarian cortical biopsies used by the researchers were donated by women giving birth through elective cesarean section.

1.) Ovarian biopsies were dissected into thin strips, and after removal of growing follicles were cultured in serum free medium for 8 days.

2.) Secondary/multi-laminar follicles were dissected from the strips. Only intact follicles 100–150 μm in diameter were selected for further culture.

3.) Isolated follicles were cultured individually in serum free medium together with 100 ng/ml of human recombinant Activin A.

4.) After 8 days, cumulus oocyte complexes (COCs) were retrieved by gentle pressure on the cultured follicles.

5.) Complexes with complete cumulus and adherent mural granulosa cells were selected and cultured in the presence of Activin A and FSH on membranes for a further 4 days.

6.) Complexes containing oocytes >100 μm diameter were selected for IVM in SAGE medium and then fixed for analysis.

32 complexes with oocytes >100 μm diameter were selected for IVM. Of these 32 complexes, nine

contained polar bodies within 24 h and all polar bodies were abnormally large. Confocal immuno-histochemical analysis showed the presence of a Metaphase II spindle confirming that these IVG oocytes had resumed meiosis. The developmental potential of the eggs remains unknown.

One possible outcome of this new study is widely improved methods for helping girls with cancer safeguard their eggs prior to potentially harmful anti-cancer treatments.

Immature eggs could be harvested from the girl’s ovarian tissue, matured in the lab and then stored.

Today, the standard procedure is instead to remove a piece of ovary prior to the cancer treatment and then reimplanting it, but this comes with a fairly high risk of reintroducing cancer cells.

Vitamin D may help women with PCOS get pregnant