With conventional in vitro fertilization (IVF), the semen is washed and spun at high speed to select the healthiest and most active sperm. One or more eggs are then mixed with the sperm and we don’t know exactly which sperm that fertilizes each egg. With untra-cytoplasmic sperm injection (ICSI), the process is different. For each egg, the embryologist selects one sperm and manually injects it directly into the egg. 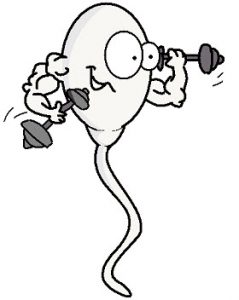 There are many situations where ICSI can be a better choice than conventional IVF. Here are a few examples:

If the man can ejaculate normally, he will be asked to provide a semen sample at the clinic. It is common for fertility clinics to ask for several samples, so they can have one to study and one or several to freeze. The frozen samples will be a form of back-up, in case the man produces a very low quality semen sample on the day of the planned conception.

The man will be asked to produce a fresh semen sample on the same day as the eggs are collected from the woman (unless the eggs will undergo maturation outside her body, see our article about IVM).

If the man is unable to produce a good semen sample through normal ejaculation, several surgical methods are available. Here are a few examples:

Chances of success with ICSI

The chances of conception and pregnancy with ICSI are very similar to those for conventional IVF. There is however an increased risk of misscarriage, since ICSI makes it possible to fertilize the egg with a low quality sperm that would not be capable of fertilizing the egg without this type of aid.

Being introduced in the early 1990s, ICSI is a relatively new treatment. This means that it is difficult to know anything about potential long-term conserquences for the child. IVF using ICSI is also much less common than conventional IVF, meaning there are fewer cases to study.

Certain genetic and developmental defects have been observed in a very small number of children born as a result of ICSI, but it is difficult to know if these conditions are caused by the ICSI itself or by the underlying health problem that is causing the fertility issues.