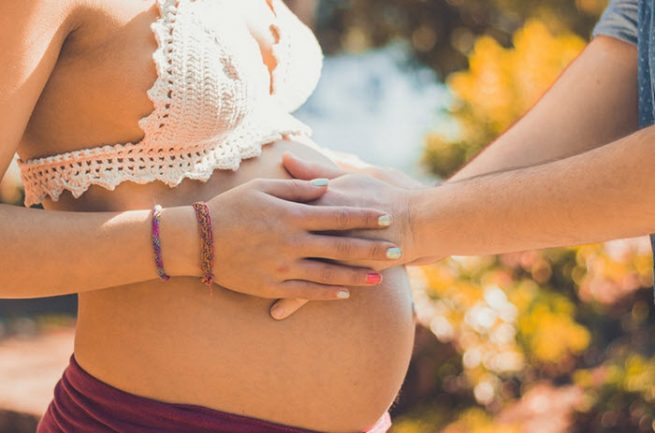 Using paracetamol (acetaminophen) during pregnancy has been linked to impaired future fertility of female offspring in rodents.

In this article, which as been published in Endocrine Connections, Dr David Kristensen and his colleagues from Copenhagen University Hospital reviews three separate rodent studies that reported altered development in the reproductive systems of female offspring from mothers given paracetamol during pregnancy.

The doses given to the rodents were equivalent to those a pregnant woman may take for pain relief.

Just like humans, female rats are born with a finite number of eggs and do not grow any new eggs after being born. In the three rodent studies, the female offspring of mothers who had been given paracetamol during pregnancy were born with fewer eggs.

“Although this may not be a severe impairment to fertility, it is still of real concern since data from three different labs all independently found that paracetamol may disrupt female reproductive development in this way, which indicates further investigation is needed to establish how this affects human fertility,” says Kristensen.

Kristensen recommends an inter-disciplinary approach to research if the link shown in rodents is there for humans as well.

“[…] by combining epidemiological data from human studies with more experimental research on models, such as rodents, it may be possible to firmly establish this link and determine how it happens, so that pregnant women in pain can be successfully treated, without risk to their unborn children,” says Kristensen. “As scientists, we are not in the positon to make any medical recommendations and we would urge pregnant women in pain to consult with their general practitioner, midwife or pharmacist for professional advice.”

Published in Endocrine Connections on 6 January 2018.

Paracetamol, also known as acetaminophen, is an over-the-counter treatment of pain. Both names (paracetamol and acetaminophen) are derived from the chemical name for this compound: para-acetylaminophenol.

Para-acetylaminophenol consists of a benzene ring core, substituted by one hydroxyl group and the nitrogen atom of the amide group acetamide (ethanamide) in the para (1,4) pattern.

Paracetamol is a mild analgesic commonly used for mild to moderate pain relief. It does not have any significant anti-inflammatory activity, and evidence for its capacity to relieve fever in children is mixed.

When paracetamol is combined with opioid medication, it can be used in the treatment of severe pain.

How does it work?

Paracetamol’s mechanism of action is still not fully understood.

Unlike NSAIDs (e.g. aspirin), paracetamol does not appear to inhibit the function of any cyclooxygenase (COX) enzyme outside the central nervous system. Instead, paracetamol appears to be selectively inhibiting COX activities in the brain.

According to some research, paracetamol may also be capable of modulating the brain’s endogenous cannabinoid system. (Not directly, but through its metabolite AM404.)